What the Rules of Combat Teach Us About Open-Door Leadership 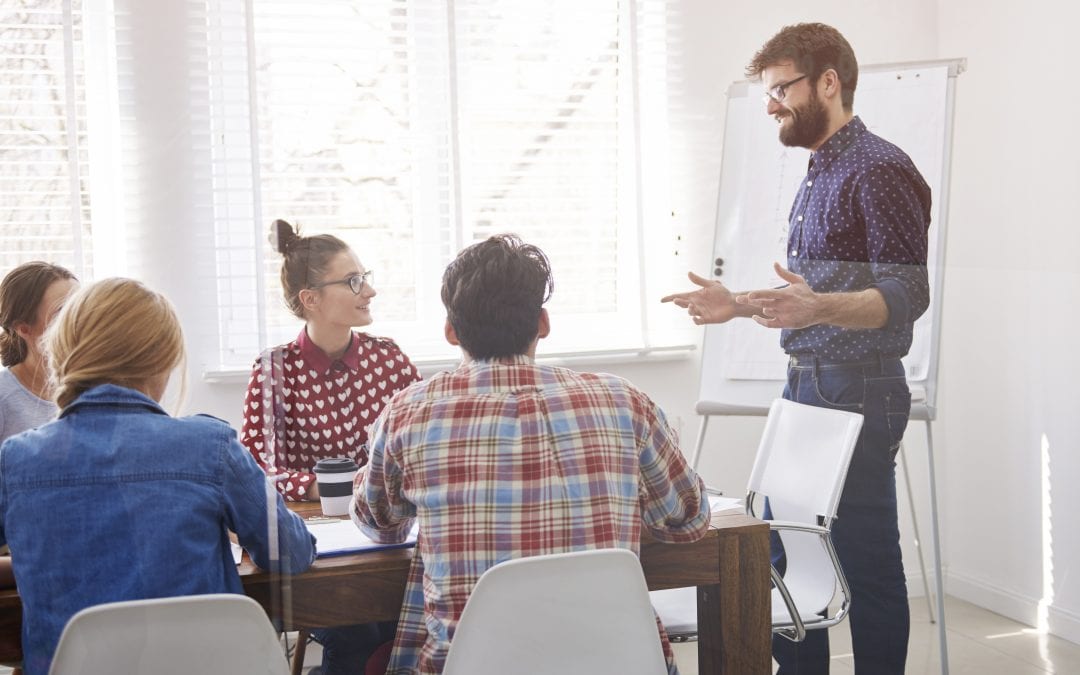 Hugh L. McColl, Jr. is the retired chairman and CEO of Bank of America. An ex-marine officer in the late fifties, his business leadership style was swashbuckling, colorful and focused. Wall Street analysts characterized him as a no-holds barred tactical genius who led the bank as its thirty-nine year old president with 172 offices and 28,000 employees (called NCNB) to one called Bank of America with over 5,000 offices and almost 200,000 employees when he retired in 2001. In the 1970s I had the privilege of being one of his “lieutenants” as he referred to his senior bank officers. Some said he never really left the Marine Corps since military lingo littered his language.

I once viewed Hugh as brilliant, power-driven, autocratic; I now believe he may have been ahead of his time in recognizing that the rules of combat can instruct us about great leadership. Seven of the rules of combat cleverly authored by Logan Graves offer special insights for open-door leadership in today’s competitive world.

The easy way is always mined.

There is an adage that goes “only dead fish swim with the current.” While fish and leaders obviously “swim” in all directions, the path of the river does not govern their choice. Great leaders keep an antenna up for influences that might seduce them into abandoning what they know to be right and effective. It is not that they are infatuated with unnecessary toil; rather it is their belief that enduring endeavors are constructed on substance. McColl opened doors for me by modeling a focus on what matters, not on what’s fashionable.

Great leaders are fans of pragmatics, not parade. Their ‘function over form’ orientation enables them to race past preoccupation with ceremony to outpace those mired in convention. They focus on innovation not on conformity. Francis “Swamp Fox” Marion was the revolutionary military leader whose combat unit frequently embarrassed the British Redcoats by using guerrilla tactics. The British soldiers fought in red uniforms with orderly precision and methodical execution; Marion fought in camouflage from trees and bushes. Creatively engineered tactics enabled Colonel Marion’s small, severely under-resourced unit to repeatedly defeat a well-supplied enemy many times their size. Hugh opened doors by teaching me that cunning and ingenuity will always trump canned and procedural.

Great leaders are prepared. General George Patton soundly defeated German General Erwin Rommel in the Battle of the Bulge during World War II. When asked his secret of success, Patton pronounced, “I read his damn book!” Great leaders know their courage is strengthened by preparation. While they abhor “paralysis from analysis” (to quote Tom Peters), they know that their choices are too critical to rely on a “shoot from the hip” approach. While McColl sometimes appeared impetuous; those close to him knew he was rarely unprepared. He visited my leadership classes and participated as just another student, not as the CEO. He opened doors for me by showing confidence in my preparation and expertise.

When the pin is pulled, Mr. Grenade is NOT our friend.

Great leaders are not fearless beings who stoically snub their nose at terror. They are real-life human beings who face danger standing on legs of rubber with their stomachs in their throats. Danger makes them as queasy as a young recruit posed for his first taste of battle. But great leaders lean into danger out of a strong sense of duty and responsibility. Leaders act like pros because they feel accountable to those they serve. They embrace challenge as an opportunity to test their limits and reaffirm their principles. And, they inspire those around them to do likewise. Hugh opened doors for me by always pointing to the bright opportunity on the other side of the door.

Your enemy is never a villain in his own eyes.

Great leaders are intensely competitive—with their own standards of excellence. “Beating the competition” is not their internal driver, rather it is “delivering the goods” better than their adversary. Leaders view their competitor as a part of the context of the contest, not its content. While never oblivious to where they are in their relationship to others, their energy is fueled by an internal intent to excel, not by a malevolent motivation to rout. They focus on their vision and goals rather than on their opponent. McColl opened doors for me by modeling the pursuit of one’s own standards of excellence not scoreboards crafted by others.

If you’re short on everything but the enemy, you’re in a combat zone.

Great leaders are willing to buck the tide. Too many leaders today have been inundated with all the ways they can infringe on the sanctity of good public relations. As they have been instructed to act like a leader, they have been informed to think like a lawyer. Some have learned to surrender to unrealistic demands (under the banner of some cause) when their consciences scream for acting on principle. Such timidity has bred caution when in the presence of controversy. Too many leaders would rather lose sleep than lose face. The combat zone of today’s world of enterprise is fundamentally about trust—customers, employees and community. Hugh opened doors for me by encouraging me to open my own doors.

There is always a way.

Finally, great leaders demonstrate boldness. McColl was a door opener for many by surrounding himself with smart, confident people willing to confront and challenge his position. Not all great leaders are high spirited like McColl. But, there is never a doubt that their zeal comes from a commitment to a promising vision. Boldness is a passionate choice based on a commitment to a future state. Boldness is pro-action at its finest, a step toward the light. It is born of a noble reach beyond the mediocrity of the moment and the ordinariness of the status quo. Great leaders have a deep belief in a valued dream that serves as the compass for their courage and an inspiration to associates to “take it personal” and “find a way.” “Before you can inspire with emotion,” said Winston Churchill, “you must be swamped with it yourself. Before you can move their tears, your own must flow. To convince them, you must yourself believe.”

* The selected “rules of combat” were originally authored by Logan Graves. Other rules can be found at Dumpshock.com.