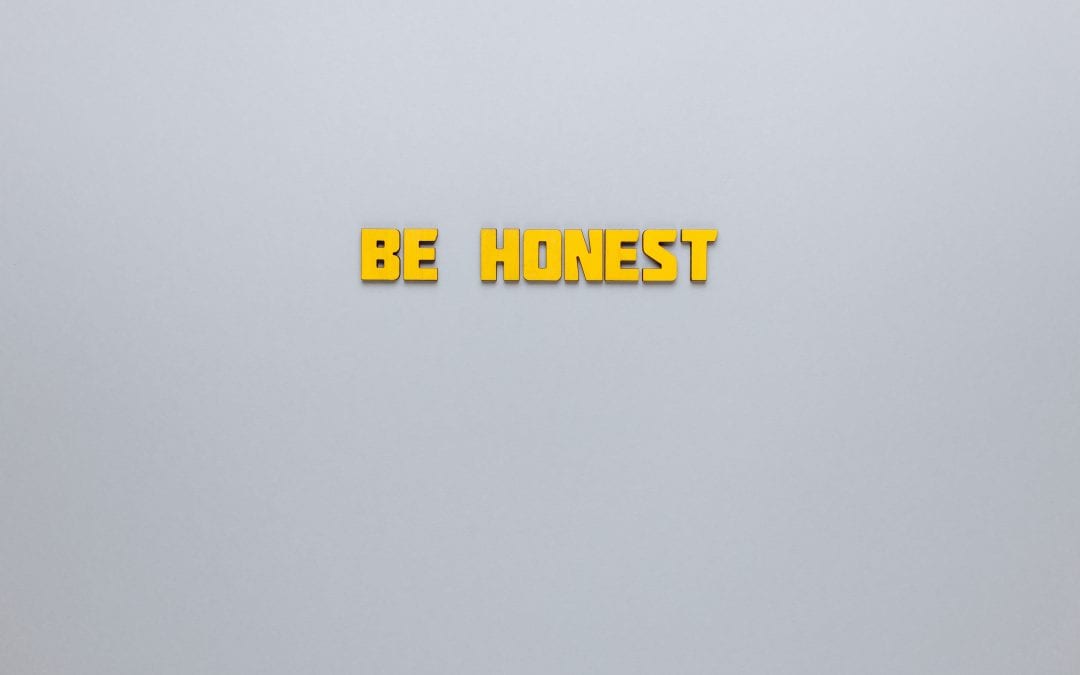 The Delta regional jet was packed. As the flight backed away from the gate, the flight attendant began her ritualistic safety spiel about seat belts, sudden turbulence and smoking. She ended by saying, “The flying time to Grand Rapids will be two hours…no, it will be an hour and a half…no, actually, I don’t know.” The cabin erupted with laughter and applause.

What jolted the half-asleep plane-full into cheering? Unscripted, raw honesty! We all loved her total candor and confident authenticity!

We grow up hearing “honesty is the best policy.” As adults we hear half-truths portrayed as honesty. Politicians keep secret the number of paramilitary civilians fighting in a trouble spot to disguise the true size of the military engagement–a number the public would not tolerate. The super low price loudly advertised comes with fine print describing a rebate only claimed with a pound of paper work. And, when we hear the radio ad end with a super-fast talking guy rattling off all the exceptions and disclaimers, we know we are not hearing raw honesty.

Honesty is a centerpiece of mentoring. Only with a context of candor will protégés tiptoe into the world of risk-taking, a crucial tenant for learning. Honesty shortens the distance between mentor and protégé. It frees protégés from anxiety and caution. It triggers a connection with the humanity in each of us. And, in that space we are quicker to forgive, more tolerant of error, and much more accepting of, “Actually, I don’t know.”

Recently Seth Godin posed the question, “Is there any better way to start a business partnership, any partnership than committing to a cycle of honest communication?”