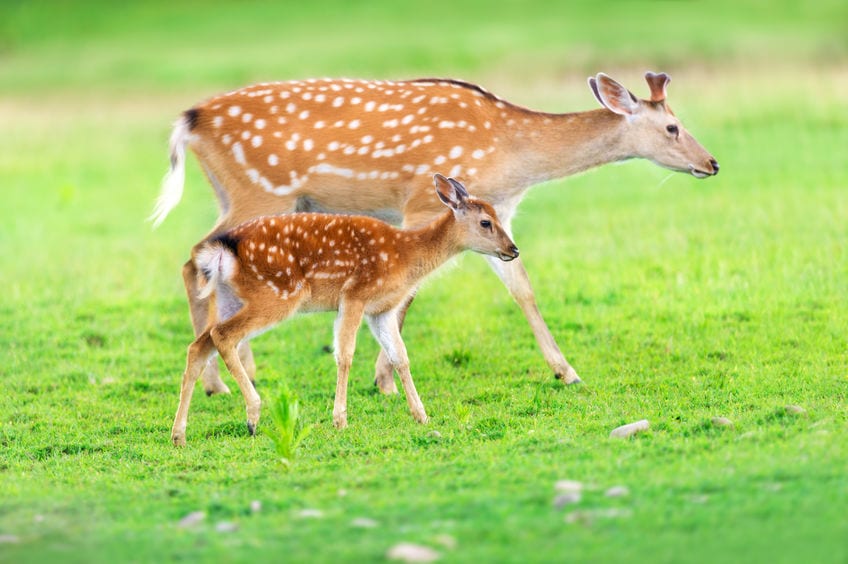 I was driving from Portland to Corvallis, Oregon, to deliver a keynote. It was early morning with light snow. In the distance, I could see that all four lanes of traffic had stopped. I assumed it was a car wreck. I was pleasantly surprised.

A mother doe and her two fawns were slowly crossing the freeway. They had found a break in the fencing and took a shortcut. Their stride was as if they knew there was no reason to run since they were the center of attention—and four lanes of rural traffic were committed to their safe crossing. It made you feel good to witness such an event.

As I continued on my journey, I reflected on the symbolism of how this scene could relate to customer service. Our world of commerce runs at break-neck speed. We want customers to “cut to the chase” if their stories are taking too long to tell. We want everything at break-neck speed. We too often serve in a “drive-by” mode instead of listening to what our customers want. Our “next in line” is spoken in a clipped and terse manner, much like “runners take your mark” before the starting gun is fired.

I was once visiting a museum and noticed an employee rolling her eyes in impatience as patrons were taking too long to exit the short museum theater to make room for the next group of visitors. There was no time to savor what they had just experienced—get up now and get on your way. That same evening, I observed, unseen by guests, the wait staff at a restaurant drumming their fingers and tapping their feet as a group was still enjoying rich conversation and more coffee following a multi-course meal that went late.

Wal-Mart founder Sam Walton once said, “The customer can fire everyone from the chairman of the board to the lowest level employee just by spending their money elsewhere.” Be patient, be respectful, and let your customers have the right-of-way at the pace they choose. They travel with your bottom line and reputation in their wallets.