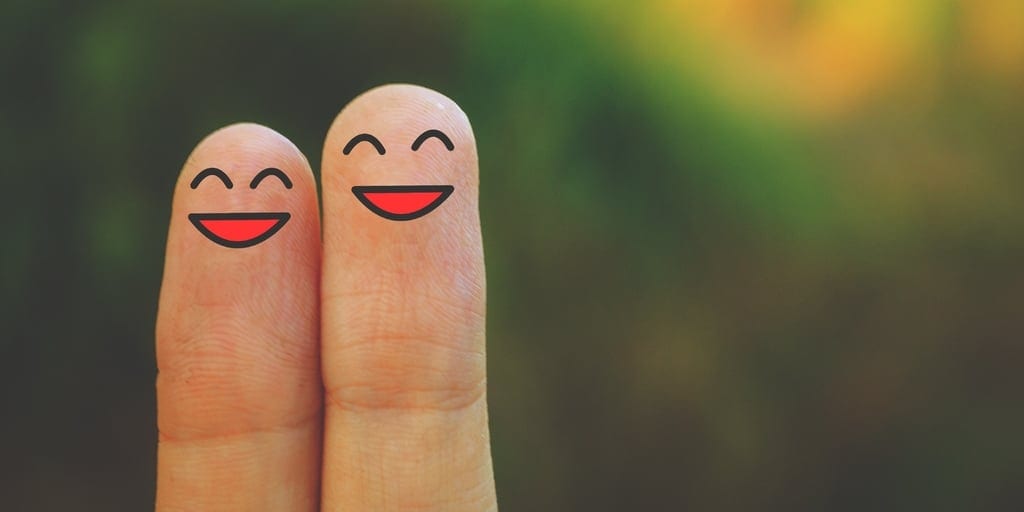 Whether it is physically less exhausting to smile than to scowl, it is certainly beneficial, and thus there is something to this ancient exhortation to put aside negative emotions long enough to “turn a frown upside down.”

In a 2002 study performed in Sweden, researchers confirmed what our grandmothers already knew—people respond in kind to the facial expressions they encounter. In the study, test subjects were shown photos of faces—some smiling and some frowning—and were required to respond with their own smiles, frowns, and non-expressions as directed by those conducting the experiment.

Researchers noted that while folks had an easy time frowning at pictures that appeared to be frowning at them and smiling in reply to the photographed smiles, they had difficulty responding in an opposite manner to the expressions displayed in the images. The subjects instinctively wanted to reflect what they had been exposed to, answering smile for smile and frown for frown.

We are wired to instinctively respond like for like; facial expressions are contagious. When taken, the homily’s implied advice to put on a happy face does work to benefit society in that smiling people cause those around them to smile.

Smiling is not just good for the community where the sad sack or grouch lives, it also benefits the person doing the grinning. Facial expressions do not merely signal what someone feels but actually contribute to that feeling. If we smile even when we don’t feel like it, our mood will elevate despite ourselves. Likewise, faking a frown brings on a sense of not much liking the world that day.

Indeed, this cart-before-the-horse effect has been studied and measured by numerous researchers. It has been demonstrated that people who produced facial expressions of fear, anger, sadness, or disgust manifested the same bodily reactions that experiencing bouts of the actual emotions would have provoked (increased heart rate, elevated skin temperature, and sweating). Likewise, in studies of test subjects who were required to smile, compared to those who weren’t, those instructed to force smiles onto their faces reported feeling happier than their non-grinning counterparts did. In both cases, although test subjects knew they were acting, their bodies didn’t, and so their bodies responded accordingly. At least in this chapter of the saga of the mind against the body, the body won.

Smiling makes us feel happier. It isn’t a cure-all for every situation (that is, don’t look to it to remedy overwhelming grief), but in terms of getting us past a small dose of the blues, it can help to lift the sense of sadness.

David has worked around the world delivering training and consulting Services. In all those years, those countries, those clients; David has observed, learned and collected great experiences and teaching points. David decided to work on a way to “give back.”  His latest book, The 9 Dimensions of Conscious Success helps readers identify their definition of purpose professionally and personally to achieve conscious success.