The Mentor’s Role as Champion Grower 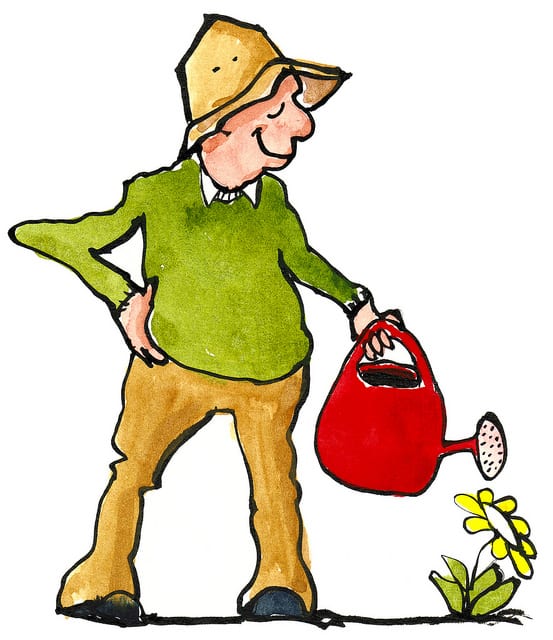 What do Clint Eastwood in the movie Million Dollar Baby, Tom Cruise in Jerry McGuire, and Denzel Washington in Remember the Titans—have in common?  They are all characters who supported and sought the best in others, even in their darkest hours. Growing champions isn’t necessarily about applause, cheers, or approval. All of those actions may be present, but championing makes someone feel treasured, not just appreciated.  They use the philosophy first espoused by Carol Lavin Bernick, chair of hair and skin beauty products manufacturer, “If you want something to grow, pour champagne on it.”

Great mentors focus on the effect they are trying to create, not on the set of tasks they are supposed to “check off.” It’s much like empowerment. Leaders don’t embed power; they remove the barriers to power. They don’t motivate, they create conditions that help employees motivate themselves. In much the same way, great mentors don’t merely recognize or appreciate; they nourish spirit by whatever means necessary. The by-product of great championing is enhanced employee self-esteem, confidence, pride, and commitment. Champion growers focus more on the outcome of their efforts and less on the process used.

Did you ever have someone who believed in you unconditionally even though you didn’t feel you deserved such backing? A celebrator recognizes and affirms what you accomplish, but a grower of champions shows respect and admiration for who you are and believes in you when others may have written you off. A grower of champions campaigns on your behalf, backs you against all odds, and defends you against all foes. The concept of mentor as a grower of champions goes far beyond the usual affirmation. Mentors as champion growers do not view their role as cheerleader; they see themselves more as stewards of reputation.

Learning takes risks and risk taking involves breaking patterns and abandoning “the way we’ve always done it.”  To get effective protégé growth it is important to affirm appropriate risk taking–not foolhardy recklessness.   One high tech company gives its annual “green weenie” award to the individual who, while clearly pursuing excellence, made a mistake that produced the greatest organizational learning and improvement.

A happy-go-lucky nurse won the hearts of her patients by bringing them flowers grown in her garden and cookies baked in her oven.  They raved to managers about her sunny disposition and special generosity.  She was the recipient of a special recognition at the annual awards banquet to the sharp displeasure of her co-workers.  While all acknowledged her special way with patients, they were quick to point out her sloppy paperwork, inconsistent hand washing and unwillingness to pull her weight on tasks they all shared.  All those poor practices adversely impacted the health care outcome, but were out-of-sight of her adoring fans.  Effective affirmation practices require performance on “the basics” to be at least at expected levels. We all enjoy friendly flight attendants, but the plane must still land in the right city!

When famed tennis coach Mike Estep talks about his role as the coach of tennis great Martina Navratilova, he focuses on bringing out the very best in his client. He also speaks of elevating her playing to match the greatness of the game itself. Tiger Woods credits his late father, Earl, with helping him think about making an impact on the world beyond golf and his awe-inspiring athletic feats. Mike Estep and Earl Woods, great champion growers both, zeroed in on a vision of greatness that was much more the sum of the competitor and the contest. Champion-growers are committed to a vision and use it as a tool not only to direct and align performance, but to affirm and motivate protégés as well.

Conditional affirmation (“Sarah, you’re doing a great job, but . . .”) turns the receiver deaf to the positive piece of the commentary. And if the critique carries parental tones, power and status issues are also raised. So what do the best leaders do? They separate praise and criticism. If your goal is to praise, then praise. If your goal is to criticize, then criticize. Mixing the two in the same sentence or session can turn a confirming pat on the back into a controlling kick in the pants.

The word “champion” comes from the Latin word “campio” which means “trial by combat.”  The implication is that champions are not “the lucky few,” they are those who have been tested in adversity or challenge and found to be with substance.  When our fathers labeled such a person, “Someone who came from great stock”—they meant a person of character as well as excellence, not just someone with talent or tenacity.  Mentors who grow champions zero in on surfacing the best, nurturing the best and affirming the best.

Archeologists excavating the pyramids discovered wheat seeds that dated back to around 2500 BC.  As in the tradition of antiquity, the seeds were there for the dead Pharaoh to eat if he got hungry.   The find was important because it would enable scientists to determine what variety of wheat was in use in the ancient world and could be invaluable for engineering new types of wheat.  Out of curiosity the scientists planted the 4500-year-old wheat seed in fertile soil and an amazing thing happened.  The wheat seeds grew!   In the end the goal of the mentoring relationship is to ensure that in the end…”the wheat seeds grow!”