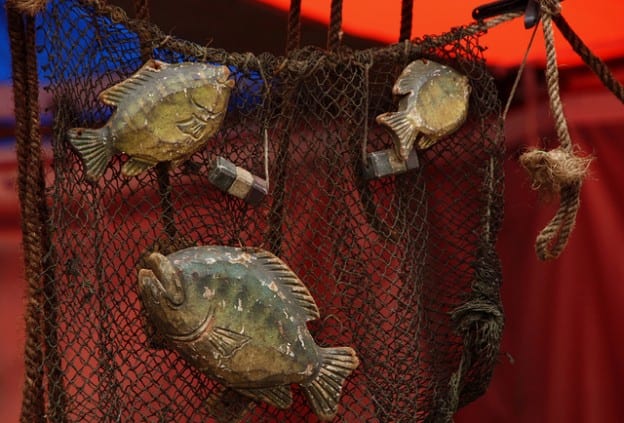 The food at this well-known seafood restaurant franchise was very good and reasonably priced.  There were a few nautical photos on the walls.  Except for those two features—pictures and menu–it could have just as easily been a steakhouse, Mexican or Italian food restaurant.  I left without any thought of seaside on my mind…just the fact that my tummy was full.  But, I could not help but notice the wide array of missed opportunities to turn a pleasant meal into a powerful memory.

The Greeks called it scenography—creating the stage props, costumes, and subtle messaging to be completely congruent with the screenplay of the Greek tragedy.  Today we would call it “theatre design.”  There was none of that at this seafood restaurant.  The landscaping out front was very similar to the Chili’s rocks and cactus nearby.  There were no seagulls…even fake ones…welcoming guests as they entered the front door.  I would have enjoyed a greeting much like boarding a pirate ship.  The music would have been sea songs, not Vince Gill and Lady Gaga.  And, the place could have smelled like a seaside hole-in-the-wall oyster bar where a gazillion tales were spun.

The waitress was very nice and knowledgeable of the menu items.  However, I learned nothing new about the habits of the Tilapia I ordered, another missed opportunity.  Their bathroom could have been exported from any medium priced restaurant in the country.  It would have been a perfect place to pipe in the sound of waves breaking on the shore.  I wished the place mat had contained interesting facts about the sea or the fish on the menu. I longed for artifacts hanging on the walls that took me back to days of suntanned fishermen hauling in large nets of fish or even a cane pole with hook, cork and sinker to remind me of my youth.  And, my take-away souvenir after paying the bill could have been a piece of salt-water taffy or even a salt-flavored toothpick!  The receipt could have been light blue rather than boring white.

The scenography of service can be your playground to choreograph the total mindset of your customers.  Is it your practice to immerse customers in the nuances of what your enterprise is all about? Put your senses on steroids and create an experience that yields a story your customers are eager to spread.