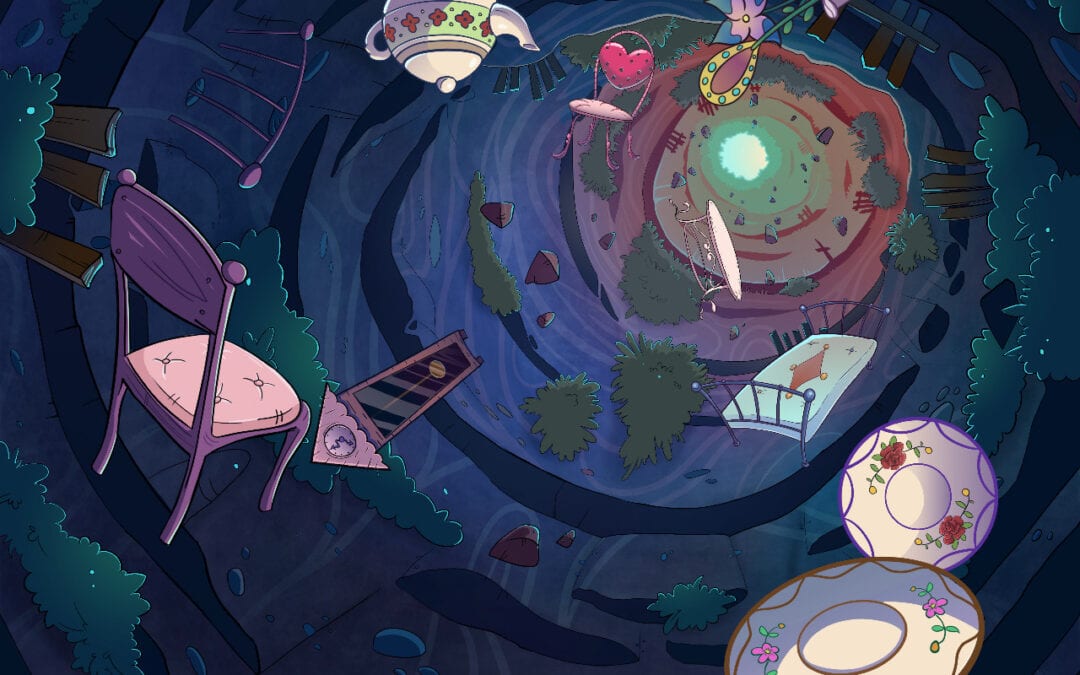 Alice (of Alice in Wonderland fame) had a very vivid imagination. Had she been on the job market today, she would have no doubt been sought by Pixar, Google or Amazon. If you read Lewis Carroll’s classic you know the colorful adventures of Alice’s wonder world.  In the Tim Burton 2010 movie version of the book, Alice’s father was tucking her into bed when she reported she had seen a dodo bird earlier in the day, a rabbit in a waistcoat, and a smiling cat and a purple caterpillar.

“I was not aware that cats could smile,” he told her with complete approval of her strange rendition of reality. But, her countenance registered concern.

“Do you think I have gone ’round the bend?'” she asked her father. It was the British expression for “crazy.”

“I’m afraid so,” replied her adoring father. “You’re mad. Bonkers. Off your head. But I’ll tell you a secret…all of the best people are!”

Alice smiled as her father turned out her light.

Innovative products and services are different than ordinary products and services in that they are crafted and choreographed from a fertile imagination. Alice thought her inventive mind was a sign of madness. Her father reframed her unique genius as a gift to be cherished and cultivated. “When you innovate,” wrote Oracle CEO Larry Ellison, “You’ve got to be prepared for everyone telling you that you’re nuts.”

Inviting customers to co-create a new product or service with you requires the perspective of Alice’s father. It means adoring originality and celebrating its exceptional nature. It takes nurturing a partnership that recognizes the path to innovation involves its share of blind alleys and false starts. It is fostering a relationship laced with freedom and experimentation. Failures are treated as pilots, errors as tryouts.

When a customer told Paul Van Doren, founder of Van’s Shoes, that his sneaker patterns were too bland and his colors too plain, he could have dismissed her as crazy and sent her away. Instead he encouraged her to go to a nearby fabric shop, pick out the cloth she liked, and he would make her sneakers to her liking. It turned Van’s into an Alice’s world, and the tiny shoe company years later would be sold to VF Corporation for $396 million.  Paul, now 90 years old, is still the spiritual leader of the top company on the planet for shoes in the skateboarding world.

You have customers with the cleverness of Albert Einstein, the inventiveness of Booker T. Washington, and the originality of Georgia O’Keeffe. They are your hidden “Alices.”  How would these “Alices” characterize your openness and encouragement of their participation in creating breakthrough products and services with you?