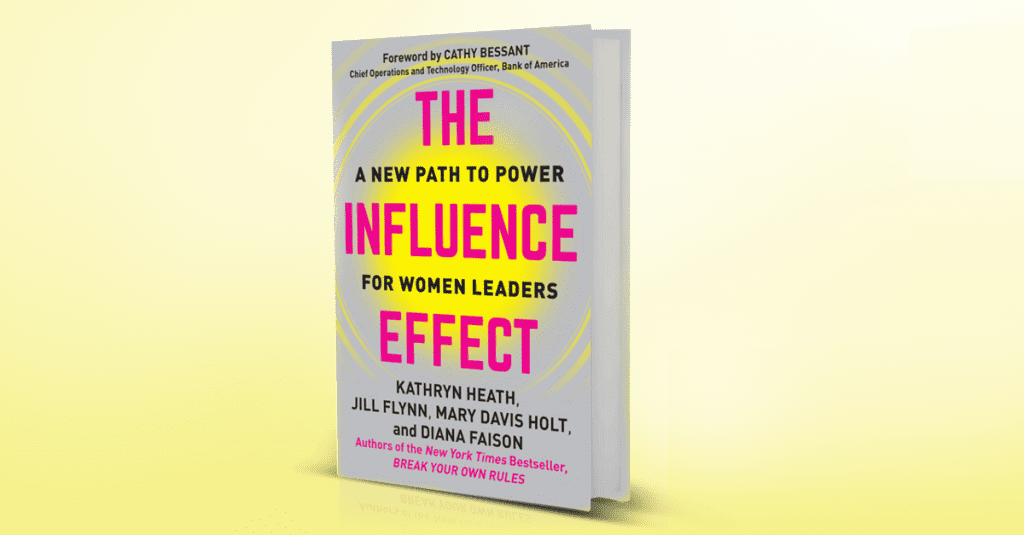 I am excited to support Flynn Heath Holt in the launch week of their newest publication, the Influence Effect. The following is a guest post from Diana Faison.

I once attended a women’s conference that made me realize one very important lesson – I continue to be amazed and inspired by fearless, female leaders.

Fearless Leadership is a topic that I think on and write about often because I know there’s a magic, power, and spirit to it that will shape the future of women in business. Ironically, that was the exact theme of this year’s conference. Which meant that, given the sheer number of women in attendance and the degree to which many of them felt comfortable sharing their stories of fearless leadership, there was an overwhelming number of women telling their stories about how they choose every day to lead with courage.

One woman in attendance shared her story of creating an unusual women’s program in her small practice – a program that spread nationally and has impacted over 40,000 women as of today. And it’s still growing. How did she do it? She had an idea. She fueled that idea with passion. And she let that passion grow her dream. That fearless leadership takes courage, no doubt; but it also requires the richest form of personal drive, focus, and perseverance.

Another woman stood on the stage and challenged each of us in attendance to mentor ONE woman from their India practice.  Why? The women in this region experience unique challenges – driven by culture and socialization. And mentorship is critical because each of these women in this firm play a significant role in the future of this organization.  Each of us in attendance is busy, many feel the ache and opportunity of balancing work and family. But, ALL 400 women stood up to take that pledge to mentor one woman in that firm.

Finally, approximately twenty-five women were publicly promoted in front of their peers at this conference.  The company’s CEO knew each woman by name, and each newly-promoted woman had a moment to share a word of gratitude.  Fearless leadership is celebrating your accomplishments publicly and then turning right around to share your thanks and appreciation to the people who, and experiences that, helped you get there.

Why do these examples of fearless leadership matter?

Because fearless leadership in action is contagious.  These stories inspire us to reconnect with the fire in ourselves and to dig deep into our hearts, minds, and souls to be the best version of ourselves – to learn, to challenge, to grow, to thrive, and to help another woman do it for herself too.

Every woman at that conference left with a renewed sense of commitment, energy, and focus.  More importantly, she left with a new appreciation of courage. The courage we each need to be fearless leaders every day of our lives.  What does YOUR fearless leadership look like?

Diana Faison is a partner at FHHL and worked with the firm as a consultant for over 10 years prior to her partnership. She began her career as a teacher of Leadership Development studies and a Dean in Student Affairs at Queens University and the University of North Carolina—Charlotte. Diana is a sought-after keynote speaker on business leadership topics such as political savvy, brand, personal power, authentic leadership, and well-being. She is also the co-author of The Influence Effect: A New Path to Power for Women Leaders.

This post originally appeared on the Flynn Heath Holt blog.