Ensuring the Transfer of Learning 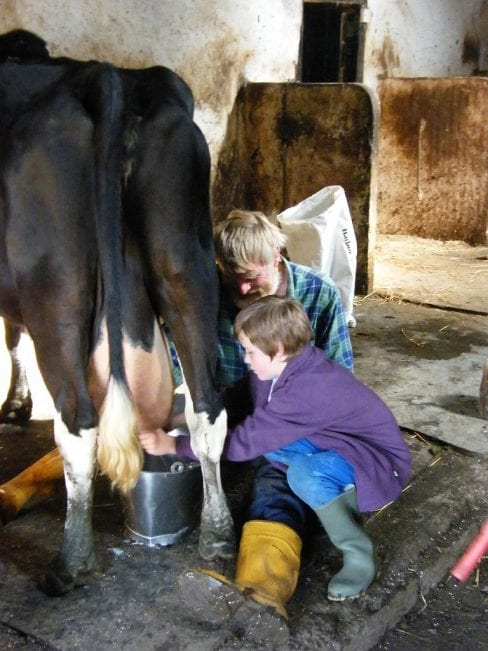 Before high-tech milking machines, milk made its way to your glass the long way around. It was the product of the bribery of a bag of feed, special squeezes on a reluctant udder, numerous restarts after the milk pail was kicked over or a tail in pursuit of a fly was deposited inside, slow straining through cheesecloth, plus careful skimming and cooling. All the pictures in some citified textbook could not adequately tell the tale of milk making like a seat on a three-legged stool in a smelly barn with an impatient cow.

Mentoring can be an exhilarating but ineffective experience if mentors talk like a textbook and fail to offer a seat on the stool. Mentoring does not end with advice, feedback, and instruction. The goal of mentoring is not simply learning. The goal of mentoring is to foster betterment . . . better performance, greater productivity, higher effectiveness. Granted, there is merit in learning for learning’s sake. But in today’s business world with its razor-thin margins, learning must be for result’s sake. Mentors don’t have the luxury of helping protégés increase their knowledge but not their use of that knowledge.

Transfer of learning has been the challenge for all learning facilitators––be they teachers, professors, trainers, or mentors. The argument often posited is “Once they leave my tutelage, it is up to them to put it to use.” Great mentors know, however, that the experiment isn’t over until the learner has tried it out in the laboratory of life. And there are all sorts of actions that help ensure that what is learned in the relationship actually “takes.”

Look for ways to “be there” when your protégé has “opening night.” Remember that rehearsal is always a far cry from the reality of actual performance. Boldness within the cloistered safety of a mentoring relationship is quite different from bravery in the school of hard knocks. When your protégé is slated to engage in her or his first attempt at “flying solo,” send your good wishes and affirmation. Call after the fact to learn of the outcome. Regardless of the success or failure of the first time out, be supportive. Offer your help; do not automatically give your help. Your protégé needs to feel independent, not still saddled with a “Father knows best” Monday morning quarterback.

If you can actually be there, assume the role of fan and cheerleader, not sideline coach. Let your protégé know you are there, feeling excited and confident. But avoid the grandstanding of the doting parent eagerly letting everyone in the stands know, “That’s my kid!”

Run appropriate interference to help ensure your protégé has a fair chance at putting his or her new learning into practice. This may entail securing support or permissions from others who may affect the protégé’s performance. A friend of ours tells the story of how an early mentor supplemented the mentoring sessions by arranging for the protégé to attend a two-day workshop with a renowned guru in the field. But the mentor did not stop there. When the protégé returned enthusiastic and full of new ideas, she was surprised to get a call from the president of the company inviting her to lunch to discuss how she might implement what she had learned. The president’s interest gave her courage to push against initial resistance of her colleagues. She learned a few years later that her mentor had suggested to the president that he give ear to her new learnings.

Learning that ends when the protégé bids adieu to the mentor is likely retained only until the protégé reaches the elevator. Given the shaky tentativeness of new learning, it is up to the mentor to come up with ways to help shelter, support, and nurture it until it “takes.” Knowing how to eliminate barriers and erect supports to buttress the learner until habits are cemented and competencies are hardwired can go a long way to help the learning-transfer process for your protégé. Most important is to create a climate that prizes not only ongoing learning but also risk taking in the protégé’s trying out new knowledge and skills back on the job.