Empowerment: The Engine of Customer Surprise 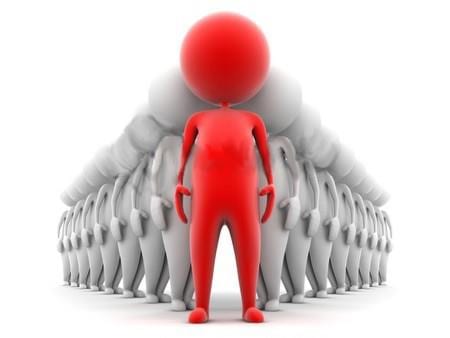 Imagine this. You are having breakfast in a midtown New York City hotel. It is your second morning with the same friendly waitress. You had given her a nice tip the morning before and learned she had been with the hotel restaurant for five years. Half way through your meal, she asks you a question: “Are you going to be taking a taxi immediately after breakfast?” she asks. When you acknowledge that you are she continues by asking you a favor.

“When I came in this morning,” she tells you, “there was a woman across the street from the hotel. She is a homeless person sitting on the sidewalk begging for money; you can’t miss her. If I prepared her a breakfast sandwich, would you mind taking it to her before you catch your taxi?” You agree and she warmly thanks you.

Now, be honest. What goes through your mind about the waitress’s actions to provide restaurant food for a nearby homeless person? When I recently posed this question to participants in a workshop, I heard lots of reactions…some for and some against her action.

Some wondered if the restaurant manager even knew about her actions. Did she have the boss’ okay? Some predicted she was generously funding her charity from her tips. Some thought it was wrong to reinforce beggar behavior that might be keeping the woman dependent on handouts rather than getting a proper job. Some said rewarding the beggar would encourage her to return to the same spot thus jeopardizing the image of the hotel. Some even said it was wrong to involve a guest in a gesture that might make the guest uncomfortable.

The most contentious discussion was around empowerment. It was clearly a surprise-ridden gesture, cut from the exact same cloth as innovative service.

When the clerk at Nordstrom refunded a customer’s money for a defective car tire he claimed to have purchased at the retail store (Nordstrom does not sell tires)–a story made famous by Tom Peters–it was empowerment at the heart of the story.

When a FedEx driver in January in Minneapolis, on finding a FedEx drop box frozen shut, opted to back over the box to uproot it from the concrete so its contents would not be delivered late, it was empowerment at the center of the decision.

Empowerment is not about unlimited license, it is about responsible freedom. And, it is no more of a gift from a leader to a follower than is motivation. Neither motivation nor power are given, they are released. The job of the leader is to unbridle power by figuring out what barriers prevent or inhibit an employee from using the internal power they already have.

The Nordstrom clerk was freed by the permission implied in the well-known Nordstrom principle: “Use your good judgment in all situations.” The FedEx van driver on his pick-up route was freed by the FedEx purpose that communicates: “You are not delivering stuff; you are transporting precious cargo—an anniversary present, papers that might save a company and hundreds of jobs, or perhaps a medicine that might save a life.”

The street sweepers at Disney World get four days of training. Not because it takes that long to learn to work the business end of a broom, but because proficiency nurtures the power that produces confidence and proactive helpfulness, features that guests expect from cast members while in the theme park. “Knowledge is power,” wrote philosopher Alexander Pope.

No story better illustrates how empowerment permeates an organization than FedEx’s role in the rescue of Jessica McClure, the little Texas girl trapped in a well several years ago. A FedEx agent received the late night request to arrange transport for the specialized heavy drilling equipment needed to sink a shaft beside the trapped girl. The agent immediately dispatched a standby FedEx jet. At that moment, that drill was the most precious cargo in the world and her priority was to see it delivered ASAP, not to delay and hide behind the barrier of determining who would foot the bill. And, her payoff? The accolades of her colleagues and leaders.

Customers’ service expectations have dramatically changed. Yesterday’s fad is tomorrow’s antique. One component of this new service expectation is for front-line people with the freedom to make a decision on the customer’s behalf. Customers who just had a Southwest Airlines gate attendant make a quick exception or a waiter at the local restaurant comp the dessert because of slow service, are not likely to be patient with the timid front line employee who says, “I’ll have to check with my manager.”

Employees fail to act with power when they perceive they lack permission, purpose, proficiency and payoff.

Competitive advantage today requires cutting edge innovation, distinctive service and lightning fast responsiveness. That advantage calls for a work force highly committed, resourced and sanctioned to deliver success. The new service leader focuses less on sovereignty and more on support. Controlling takes a back seat to coaching. And, position-based power–the “because I said so!” type–becomes the last resort of the inept and unenlightened.