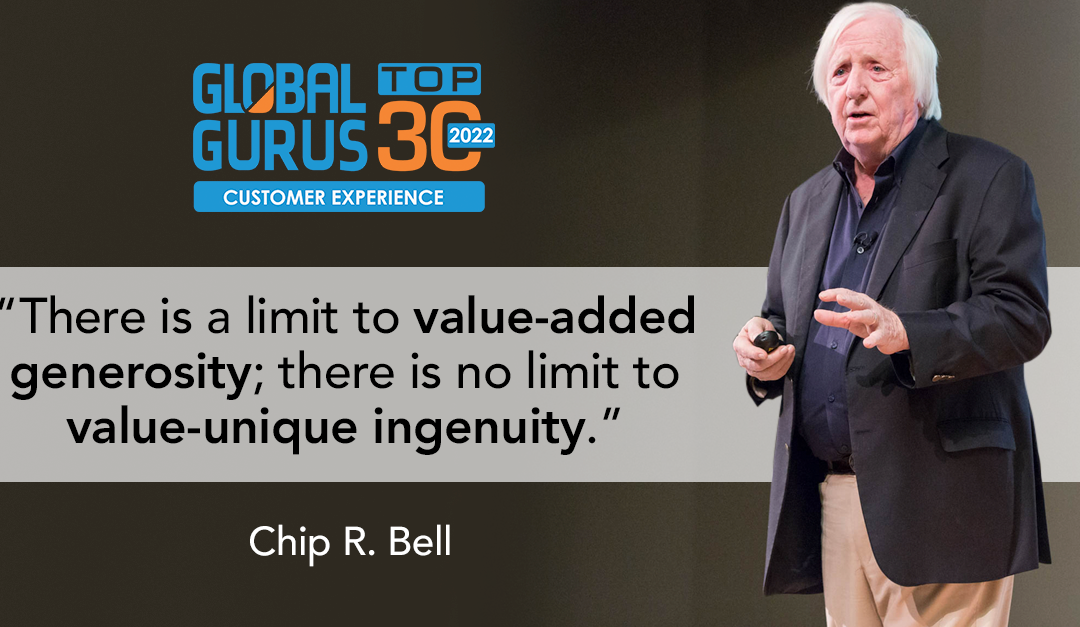 The world has marveled at the conviction, clarity, and charisma of Ukraine president Volodymyr Zelensky. He has demonstrated many of the virtues of a true servant leader. He clearly understands his role. “I am the CEO of a country,” he said, “elected to serve the people.” His poignant quotes provide strong guidance regarding four qualities or traits needed to lead a customer-centric organization.

Authenticity: “I do not try to play a role. I feel good being myself and saying what I think.”

Great leaders create an atmosphere of safety when they are genuine and sincere. Examine the lives and presence of the late Southwest Airlines founder Herb Kelleher, Berkshire Hathaway CEO Warren Bennis, or PepsiCo CEO Indra Nooyi. Realness takes priority over “roleness.” It is the courage to be vulnerable and open to public judgment. Authenticity is the echo of a clear purpose and allegiance to core values. It reflects an deep belief in the goodness of others, thus the absence of defensiveness or an interpersonal shield.

Role-Model: “The president can’t change the country on his own. But what can he do? He can give an example.”

All leaders walk in a spotlight. When Bill Marriott stops to pick up trash in a Marriott hotel lobby, and when Best Buy CEO Corie Barry shows deep curiosity interviewing a frontline employee, it tells everyone that taking care of the customer is job one. When Delta Airlines CEO Ed Bastian is spotted on the tarmac beside a plane talking to an engineer, no one misses the priority that safety plays in operations. Mary Barra, CEO of General Motors, spends an enormous amount of time on an assembly line floor. “My first job at GM was as a quality inspector on the assembly line. A job like that teaches you to value all the people who do a job like that.”

Humility: “I’m not iconic. I think Ukraine is iconic.”

Great leaders are quick to pass accolades to their associates. They are not ego-centric, always looking for ways to show off how good, smart, or cool they are. As Alan Mulally, former CEO of Ford, has been quoted as saying, “It’s all about appreciating them, respecting them, and thanking them at every step of the way.”  Apple CEO Tim Cook and Chick-fil-A CEO Dan Cathy are famous their public expressions of gratitude. “Don’t be intimidated by what you don’t know,” says Spanx CEO Sara Blakely. “That can be your greatest strength and ensure that you do things differently from everyone else.”

Courage: “I need ammunition, not a ride.”

When U.S. officials offered Zelensky an exit ramp to safely get out of the country as Russian soldiers advanced, he uttered his most memorable line. Not only has he had numerous assassination attempts, his wife and first lady, Olena, has also remained. Great leaders are willing to make the tough calls, difficult decisions, and bold pronouncements that support the courage of all around them.

Employee empowerment is not given; it is inspired. It is not bestowed; it is nurtured. Show the true meaning of leadership through your authenticity, role model, humility, and courage. #ServeCareLove the world.