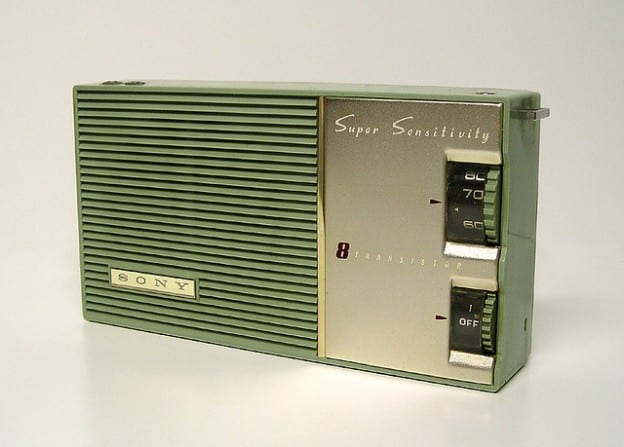 Sony was founded in 1946 by Masaru Ibuka (1908-1997) as a small electronics shop in a bomb-damaged department store building in Tokyo. The company had $530 in capital and a total of eight employees.  The radios they manufactured at the time were, like most around the world, crafted with vacuum tubes.

The transistor was invented in the early 1950’s.  Most electronics makers knew the invention would revolutionize their industry. All knew it would take time to retrofit factories to incorporate the new technology.  The late Malcolm Knowles, father of adult learning, often told a little known anecdote about Ibuka.  While most manufacturers focused on the technology, Ibuka lead Sony to focus on the new knowledge required of employees.  Sony began training employees in an array of topics, many unrelated to engineering—flower arranging, painting, languages, auto mechanics—subjects not likely to be today approved under most company’s tuition refund policies!

When transistor applications were introduced, Sony’s employees–already in the habit of learning–were able to learn faster than competitive organizations.  And, they quickly gained worldwide dominance in electronics.  While many factors contributed to their success, CEO Ibuka attributed much to learning.  Ibuka knew that learning was a skill; the more employees learned, the better learners they became.  Continuous learning would make them far more adaptive to new ways of manufacturing.

“The ability to learn faster than your competitors may be your only sustainable competitive advantage,” wrote Arie de Gues in his Harvard Business Review article, “Planning as Learning.” His quote is not about the ease of reverse engineering or the simplicity of copying practices.  It is about the impact that continuous learning has on an organization’s competitiveness.