Are You a Protestor or a Champion? 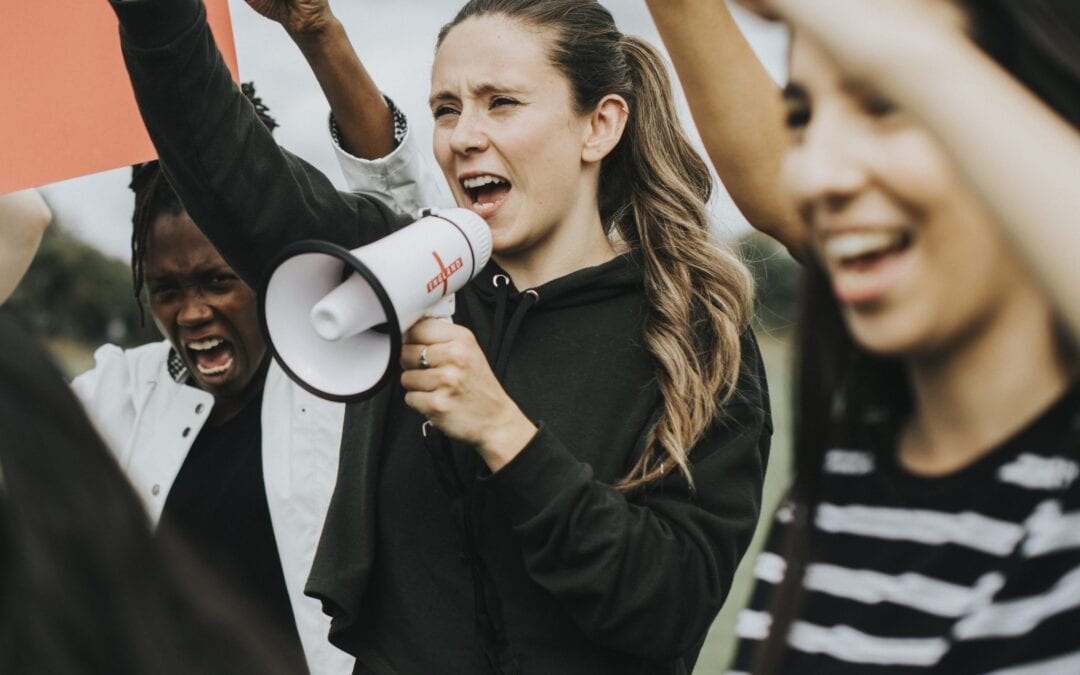 It started and ended with wine and cheese on the veranda overlooking a manicured lawn.  The black gardener had just finished mowing the lawn before the six ladies arrived in their luxury SUVs. In the middle of their chit-chat about the country club menu and the latest find at the flower shop, the subject of the protests came up. “I think we should do something about it,” said one woman as she took another sip of Chardonnay. “We could get Betty to make us some signs and we could all go together to the protests in my new Suburban.”

So, off to the protests they went, stopping at an office supply store to get poster board and markers so Betty could create their messages in the backseat as they drove. The scene was loud. There were speeches, chants, and names were celebrated. Luckily, on that day, no looting or injuries occurred. The women returned to the same veranda. The wine and cheese were again on display as they sat under the cool ceiling fans and looked across the expansive lawn. “I feel really good about what we just did,” said one woman.  Another chimed in, “It gives me a sense of pride to know we made a difference?”

No one doubts the power of protests to spotlight an issue. The March on Washington in August 1963 (complete with Dr. Martin Luther King’s “I have a dream” speech) sent a convincing message that no doubt influenced the passage of the Civil Rights Act a year later. But it was the championing of people like President Lyndon Johnson, who expended enormous influence capitol and “arm twisting” to get the act passed. It was the civil rights workers who spent weeks helping with voter registration and writing letters to political leaders that finally turned dissent into discipline.

Their real work, not just the sound and fury, led to civil liberty lawsuits, busing to achieve racial integration, and affirmative action plans for organization with more than fifty employees. Protesting is important. The challenge is that too many people believe protesting is the outcome, not merely a catalyst to change. We make a difference when we put skin in the game that alters behavior, practices, and norms.

It is no different than leaders who enjoy making a big fuss about how they are focused on their customers. They say the right words, hold up a big sign, and celebrate on National Customer Service Week every October. But then they return to their conference rooms and offices while their practices remain customer-hostile; their customer-facing employees continue to be customer-indifferent.

Championing the customer means making decisions through the customers’ eyes. It requires hearing their issues and concerns and then acting in a manner that reflects them.  It is not an occasional loud speech that alter attitudes, it is the perpetual quiet actions that chip away at self-centered viewpoints and greedy orientations. Are you a protestor or a champion?