Are You a Disruptor? 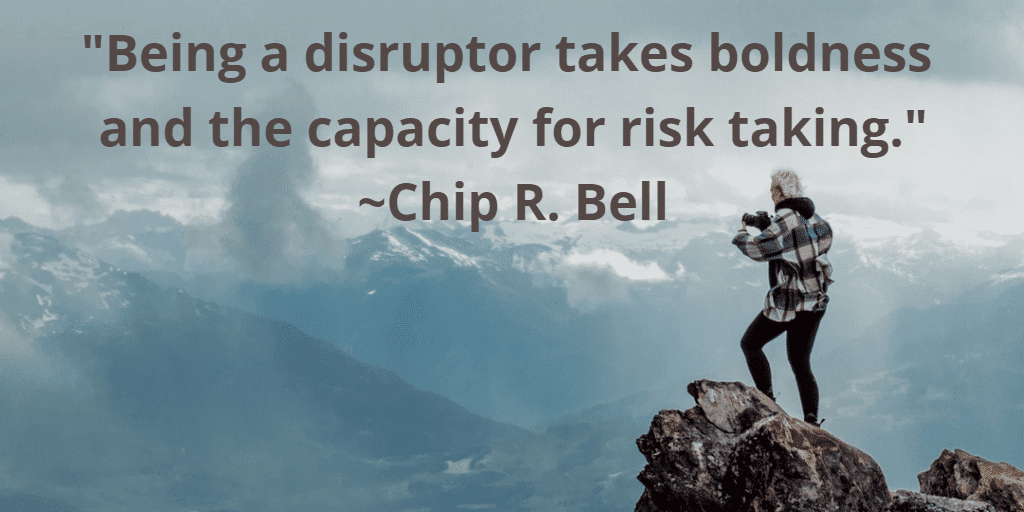 “If I had asked customers what they wanted,” Henry Ford is rumored to have said, “They would have said faster horses.”

Now, before you fire your market research person, it is important to remember Henry Ford’s arrogance about customers also lead him to chide, “Customers can have any color automobile they like as a long as it is black.” Not exactly customer-centric! But, visioning beyond the customer is the responsibility of every person interested in a competitive advantage.

What do Bill Marriott, Ray Kroc and Al Hopkins have in common? No, they are not all people of wealth and fame! In fact, Al is a small town accountant and part-time preacher! They all are (or were) innovative disruptors who discovered new ways to better serve customers and trigger service transformations. They saw the way a given service was being delivered and found a new way to turn it completely on its ear.

J. Willard (Bill, Sr.) Marriott in 1937 started the first catering service to airlines for meals on board after he noticed people at Hoover Field (now the site of the Pentagon) were going by his small Hot Shoppes restaurant and buying take out food before boarding flights. Ray Kroc saw the growth of the nationwide highway system and the paucity of reliable roadside eateries and invented McDonald’s–not just as a quick-service restaurant but as a concept of a recognizable chain of hamburger factories that produced consistent burgers prepared quickly, accurately, and served in a clean, wholesome setting.

And Al Hopkins? Yes, he also was one of the disruptors, at least in my town. When he was a young boy in my hometown he watched the other 10-year-olds wait for customers to stop by their sidewalk lemonade stands in the hot summer sun. Al abandoned the “stand” concept and took his lemonade business door-to-door. He made enough money in one summer to buy a new Schwinn Flyer bicycle with a headlight and a siren! The next summer there was not a single stationary lemonade stand in town, but quite a few traveling lemonade sales people.

Being a disruptor takes boldness and the capacity for risk taking. The president of Henry Ford’s lawyer’s bank advised him not to invest in the Ford Motor Company. “The horse is here to stay but the automobile is only a fad,” the banker is reported to have told Ford’s lawyer. Today’s lunacy is tomorrow’s conventional wisdom; today’s conventional wisdom is tomorrow’s historical footnote.

Strategy guru Gary Hamel put the requirement for disruptors and transformers this way in an article he wrote for the Harvard Business Review: “Corporations around the world are reaching the limits of incrementalism. Squeezing another penny out of costs, getting product to market a few weeks earlier, responding to customers’ inquiries a little bit faster, ratcheting quality up one more notch, capturing another point of market share–those are the obsessions of managers today. But pursuing incremental improvements while rivals reinvent the industry is like fiddling while Rome burns.”

Looking for more on being one of the disruptors? See my April 21, 2015, blog post: Disrupting Ahead of Your Customer.